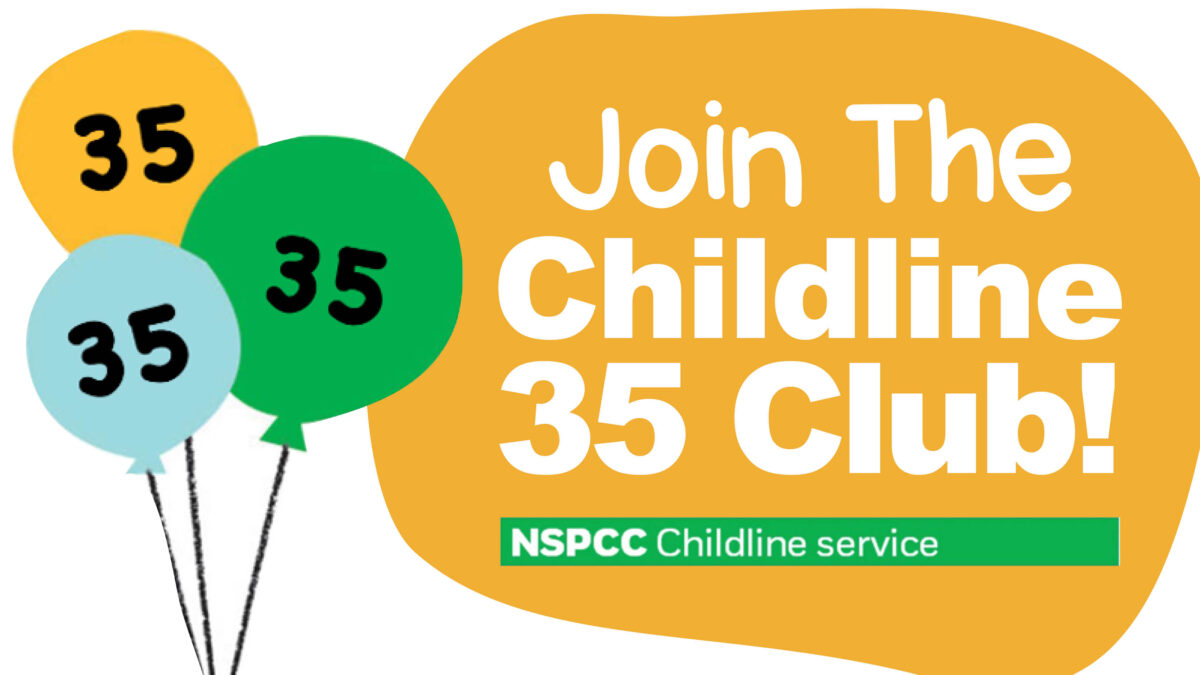 2021 marks 35 years of Childline, a service run by the NSPCC that is renowned for providing free, professional and confidential support from trained counsellors to children and young people who may be struggling with any issues, big or small.

In celebration of this amazing milestone, we’re proud to be taking part in the Childline 35 Club campaign from 1st June-31st August to help raise £30,000 – the cost it takes to run Childline services for just one day.

The Colchester NSPCC Business Group’s goal throughout June, July and August this year is to raise at least £1,000 towards the £30k goal, and we’re calling on local businesses and individuals to get involved and help us fundraise for this amazing cause.

Take on a #35ClubChallenge and promote it on social media to raise awareness, encourage your followers to donate – and importantly, have some laughs along the way! This could be anything from a 35-minute run, a 35-question quiz or singing 35 karaoke songs… Your imagination is the limit – so feel free to bring your own ideas into the mix! You’ll need to share your challenges (the more you take on, the better!) across your social channels using the hashtag #35ClubChallenge, making sure to share the fundraising link with your followers so that they can donate to the cause.

You can also get stuck into in the Childline 35 Day Challenge – a calendar full of tasks and challenges to complete over 35 days. Document yourself or your team completing each daily task on your social platform(s), again using the hashtag and sharing the link, to play your part.

But what’s in it for you?

Everyone who joins the Childline 35 Club by taking part in their own #35ClubChallenge on social media, helping us to raise money towards our own £1,000 goal, will be entered into our competition and could ultimately be dubbed the 35 Club Champion! We’ll keep an eye on all content, looking for effort, creativity and enthusiasm, and there will be prizes up for grabs for first, second and third place – so it’s ‘all to play for’! Our winner and the runners-up will be announced on 31st August.

We’ll also be sharing content posted using #35ClubChallenge – so this is a great opportunity to promote your business while showing your support for the NSPCC. Make sure to follow the Colchester NSPCC Business Group on Instagram, Facebook, Twitter and TikTok to keep up with the campaign and see what everyone is getting up to!

Get in touch on 01206 765544 or email katie@katmarketing.co.uk if you have any questions or would like to chat through your ideas… otherwise we can’t what to see what #35ClubChallenges you come up with for the summer!

The successful world record attempt for the largest game of musical statues took place at Colchester Party in the Park on Saturday 30th July 2016.

At 6pm, with over 3,000 people in attendance, 1,116 took part in the successful musical statues world record attempt – not only breaking the previous year’s record of 1,079 but raising £2000 in aid of the NSPCC’s pioneering Speak out Stay safe programme which empowers children, helping them understand abuse and giving them confidence to speak out and stay safe.

Stay safe programme to ensure all children aged 5-11 learn this essential safeguarding information in a lively, interactive and memorable way. The programme provides child-friendly, interactive assemblies and workshops to help children: understand abuse in all its forms and recognise the signs of abuse, know how to protect themselves from all forms of abuse and know how to get help, and the sources of help available to them, including our Childline service.

Chairwoman of the NSPCC Business Group Katie Skingle said: “Colchester Party in the Park has once again been a fun day out for everyone, not only breaking a Guiness World Record, but £2000 was raised for a brilliant cause – the NSPCC’s Speak out Stay safe programme. Childline is celebrating 30 years this year and it was such a great way to raise awareness and mark that milestone forever. We’re grateful to the Colchester Party in the Park team and most importantly to each every person that joined us on the day to help make this happen.”

Don Quinn, one of the organisers of Colchester Party in the Park said “What a smashing day out. Thousands have been raised for such an excellent cause in the NSPCC – every penny will make a difference to their Speak out and Stay Safe programme. However, not only did we raise so much for charity, we also put Colchester on the map and broke a Guiness World Record with the largest game of musical statues.”

Aside from the record breaking musical statues, the weekend also included musical performances on Friday and Saturday night from top Colchester band the Newtown Kings and Abba, Queen and David Bowie tribute bands, ending of course with a fantastic firework display.

Additional information is on www.foodanddrinkfestivalsuk.co.uk 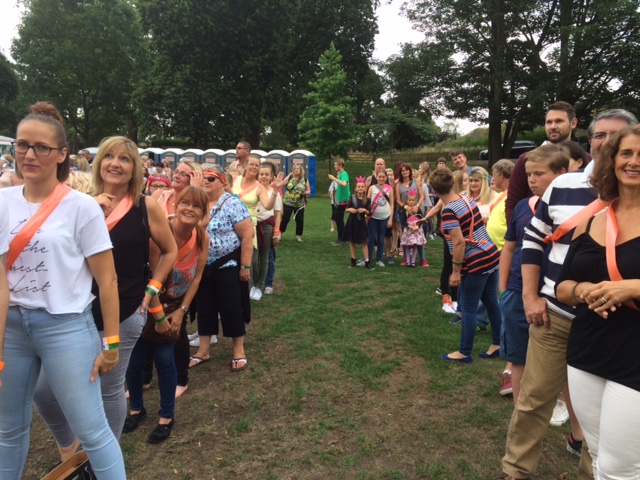